2016 is moving at warp speed.  January came and went without me showing off some requested knitting for my nephew.  (He can be very vocal about his wants despite only being 3.)  I've been thoroughly enjoying color work so I decided to knit up an easy blue cowl.  I chose a cowl because it won't become bulky under his coat like a long scarf would and it's very easy for him to pull it on and off by himself.  I still had some Knit Picks Brava worsted in Solstice Heather and Sky left over from his double knit hat.  This cowl is started with a simple 2x2 rib in the dark blue yarn and then switched to stockinette using the dark and light blue yarn. 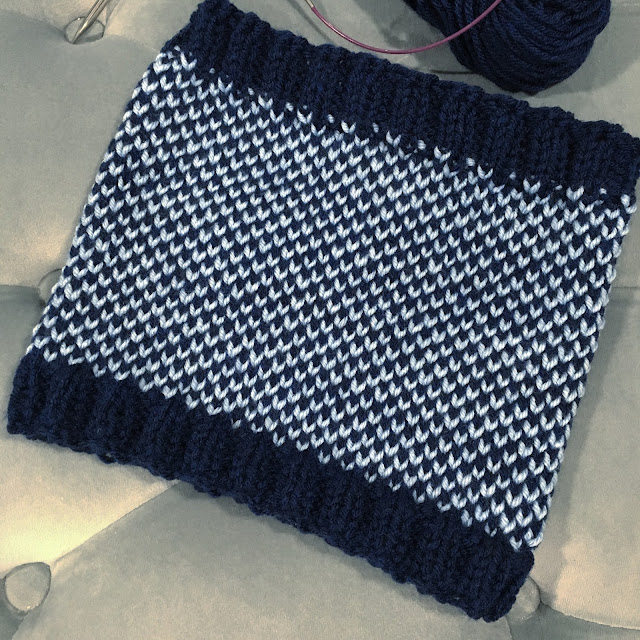 It's always nice when you impress yourself with your neat floats!  I am convinced this cowl can be worn inside out without looking like you got dressed in the dark.  The yarn is only being carried over one stitch so the floats are small.  I'm very tempted to make myself one.  It's such a fast project to whip up in a day or two and since there's no complicated color work chart it's easy to do while watching TV or traveling on the bus.

Thankfully I got the approval I was hoping for from my nephew.  He immediately put it on and smiled.  Knit Picks Brava is such a soft acrylic so it's perfect for kids knits.  Cowls are a great way to experiment with colors and patterns and only uses up small amounts of yarn. 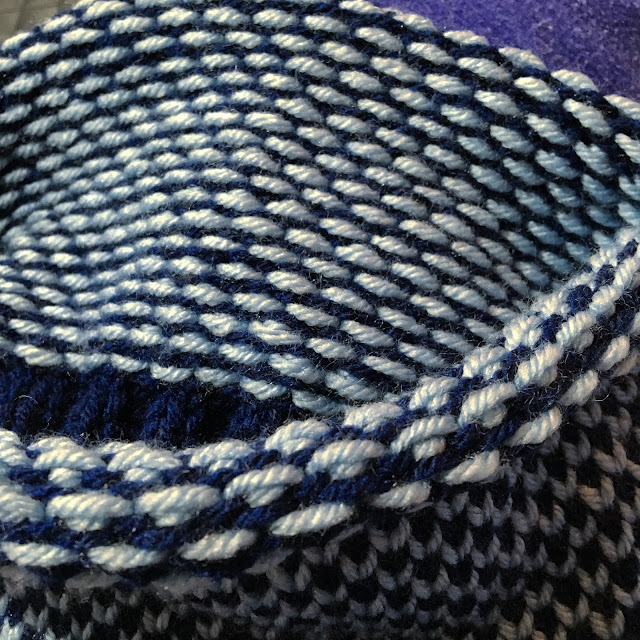 My nephew wasn't done with his hat demands.  I made him, by his request, a green hat in the late fall.  He immediately requested a blue hat upon receiving said green hat.  When I presented his super cool reversible double knit blue hat he said, "No.  Yellow."  I had a feeling that he would eventually keep going down the list of colors that he knew so I told him I'd knit him a yellow hat but it will be the last hat for this winter.

To make sure the yellow hat would be the right size, I decided to knit it from the top down.  Everything was going great and I finally cast off.  I ran over to my nephew and showed him his new yellow hat.  He said, "No."  He didn't like it!  So how do I make this yellow hat more appealing to a 3 year old?  Turn it into a minion hat!  My nephew loves the minions from the Despicable Me movies so it was the perfect fit.  I quickly crocheted some eyes and knit a black band and sewed the goggles on.  Now to see if I get the ok.  "Ohhhhh!", he says.  Finally!  I am officially done with nephew hats for this winter. 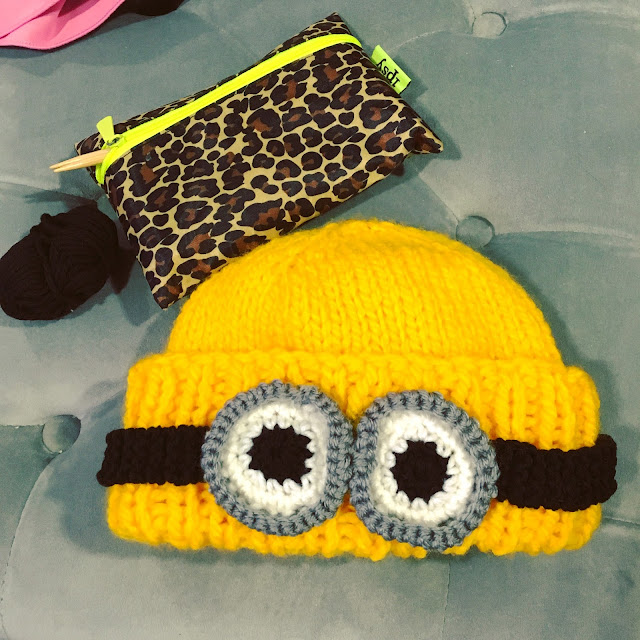 The rest of my knitting for January are the same projects that have been lingering around for the last several months.  I underestimated how much time each piece requires so it's a little repetitive to show my progress for each one.  My goal is to knock out my Dressel Shawl and then finish up the pair of socks that Iv'e started.  My crocheted chevron blanket has gotten no love from me in at least a month and somewhere in my cart of projects a half made sweater sits idle.
Email Post